Ensuring a secure and reliable execution of the future neutron irradiation facility IFMIF/DONES requires its liquid lithium loop to be purified from hydrogen isotopes which are generated during operation. In order to fulfil the demanded limits of hydrogen isotope concentration in the loop an yttrium pebble bed is thought to serve as a hydrogen hot trap. In the past several experiments have been done with the purpose to measure those system specific parameters which determine the final efficiency and removal rate of the hydrogen trap like the solubility and diffusivity of hydrogen in lithium and yttrium as well as the mass transfer coefficient between a fluid and a solid pebble bed. In addition, numerical studies have been executed estimating the final absorption flux into the trap by assuming either a constant or concentration dependent trap efficiency. However, this rather weak assumption does not allow to reproduce or explain experimental data in a quality that would be sufficient for a reliable design of a tritium trap for IFMIF/DONES.

For this purpose a detailed numerical simulation model of tritium transport into the yttrium pebble bed is required and has been developed from scratch within the framework of this work using the software EcosimPro. The tritium absorption flux into the pebble bed is simulated by solving Fick’s second law for a number of spherical bodies. As a boundary condition for the concentration at the pebble surfaces the equilibrium of partial pressures of tritium in liquid lithium and yttrium is considered. A second boundary condition is given by the equilibrium between the pebble surface diffusion flux given by Fick’s first law and the mass transfer flux of tritium in liquid lithium. The tritium mass transfer coefficient for flowing liquid lithium through an yttrium pebble bed could be numerically estimated within the scope of this work and is found to mainly determine the lithium flow rate and the trap efficiency.

Using the developed numerical model of the tritium trap, it was possible to qualitatively simulate the tritium inventory build-up of a simplified model of the purification loop of IFMIF/DONES in which tritium is generated with a constant rate. In contrast to previous calculations which assumed a constant trap efficiency it is found that an increase of yttrium mass in the trap can only slow down the build-up of tritium inventory in the loop but will never lead to stationary tritium content. This implies that the trap efficiency decreases during operation by several orders of magnitude depending on the applied mass of the yttrium bed. This result does not conform with former estimations used for previous designs of the tritium trap.

In order to test the numerical model developed in this work it has been attempted to reproduce the experimental results of tritium removal rate measurements published in the articles. The experimental and numerically predicted values match within a small margin, which even decreases when varying the chosen pebble diameter. Minor discrepancies are most likely to origin from unknown geometric dimensions of the disc-like shaped pebbles used for the experiments. The present work also shows a conceptual design of an experiment for the purpose of measuring hydrogen removal rates of a miniature yttrium pebble bed in contact with flowing liquid lithium and thus of optimizing the accuracy of the developed numerical simulation model. 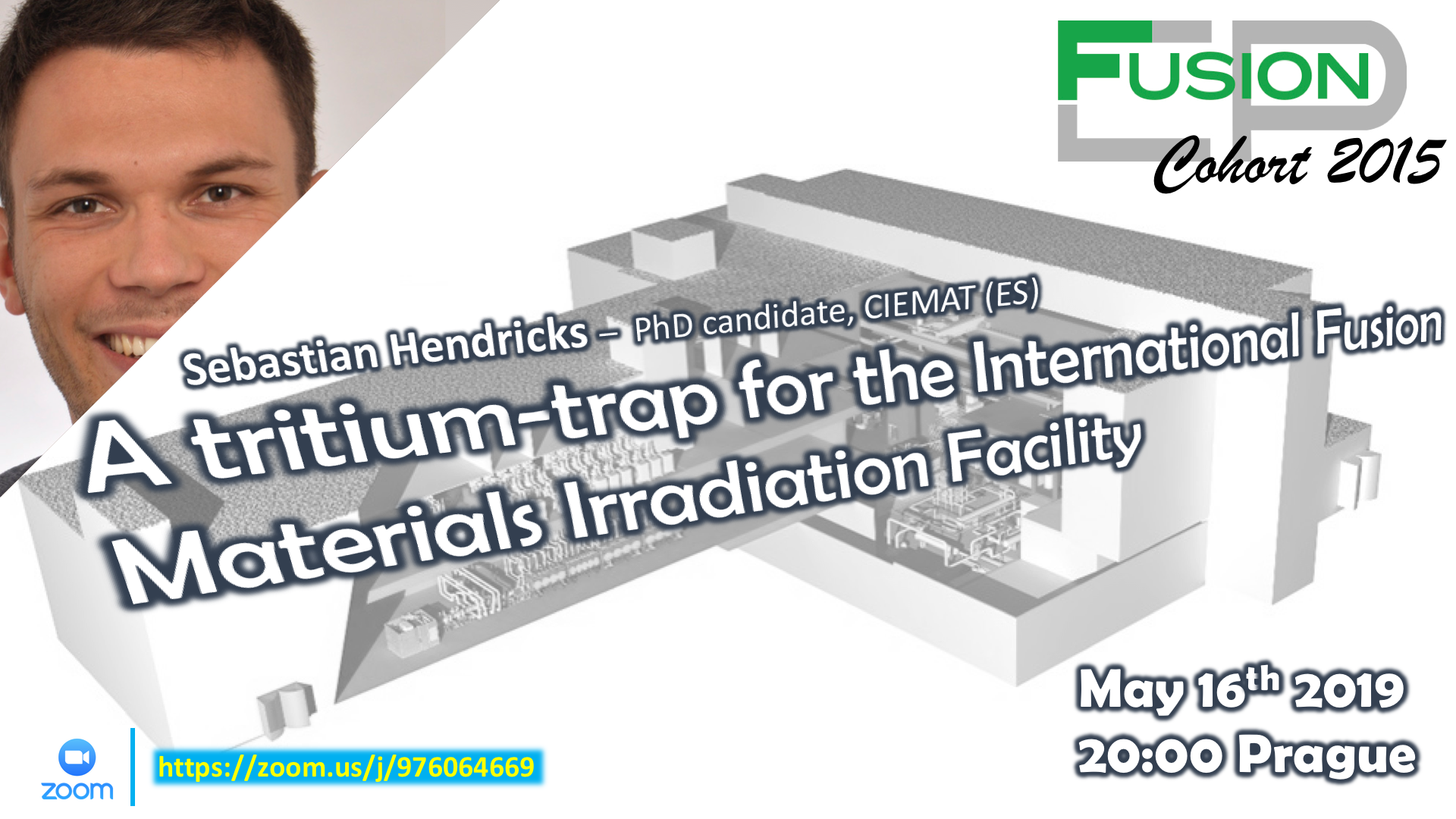