FuseNet is the European Fusion Education Network. Putting fusion on the electrical grid is a huge challenge, and requires bright and ambitious people from all over Europe. We believe in excellence through education. This is why FuseNet is the central hub for everything fusion education! FuseNet empowers educators and students through educational development and mobility programs. European universities, research institutes and industry forge lasting bonds through our network. 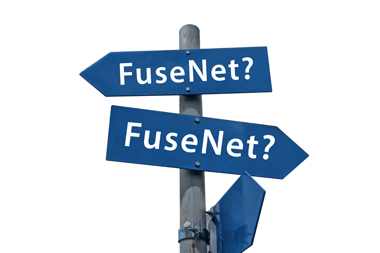 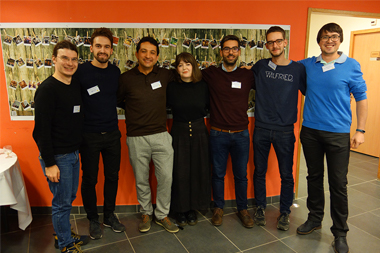 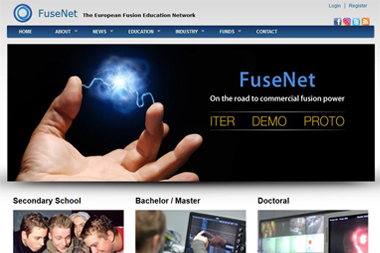 EUROfusion is the European research and development consortium established for the realisation of fusion electricity in Europe. It oversees and coordinates all the necessary activities towards this goal. It thereby funds the research activities of the domestic fusion research institutes in Europe that are the consortium members of EUROfusion. Via those beneficiaries, many institutes and universities are linked and funded for research activities and doctoral training.

FuseNet is also a linked third party to EUROfusion, tasked to stimulate and coordinate education activities that are supportive to the roadmap. This results in funding schemes for Master students, networking activities for doctoral students, the development of educational material, the organisation of events for younger educational levels and the strengthening of relationships with industry.

How did we start?

Bringing fusion electricity to the European power grid does not only require tonnes of steel, kilometres of piping and confining a two-hundred-million degree plasma. First and foremost, it requires the people to do all those things. Any challenge past, present or future is met by the engineers, scientists, technicians, builders, secretaries, lawyers and so many other people that make up the fusion work force. Big science is not big because the machines are, it is big because the community is.

The FuseNet Association has acknowledged this fact ever since its conception in 2007. Our programme initially launched under the flag of the Seventh Framework Programme for Research—the European Union’s biggest-ever research and innovation programme at the time—and became an independent association from 2010 onwards. Since 2014 FuseNet has been working as a third-party contractor for the European Consortium for the Development of Fusion Energy (EUROfusion). Our Executive Office is based in Eindhoven, The Netherlands, and our member institutes span the length and breadth of the European Union and beyond.

Who are our members?

FuseNet has always been strongly rooted in academia, and historically the vast majority of our members have been universities and research institutions throughout Europe. We are fully aware, though, that fusion has never just been about academic hypothesising and lab-scale tinkering. It is ingrained in very physics of fusion that to make it work, we need it to be very, very big. Industry is vital in making the leap from academic experiment to real-life power plant. This is why we also count some industry members amongst our own, and are actively reaching out to companies in the fusion field across the continent to join our growing network.

How is our organisation shaped?

Additionally, two advisory bodies are in place that advise the board of governors both solicitedly and unsolicitedly. On matters of academic importance, the board of governors is advised by the academic council, which is explicitly tasked with providing a forum of discussion on fusion education in Europe. To voice the students’ concerns and help the Board of Governors better adapt to the needs and wishes of students, there is the Student Council, comprised of fusion graduate and PhD students across Europe.

What do we do?

The fusion community has long since passed the point where, if you wanted to work in fusion, you needed to be a scientist. As we are getting nearer and nearer to the ITER era of fusion, it really is all hands on deck. Fusion still needs scientists, yes, but it also needs engineers and builders to draft the plans and construct the buildings. It needs people that are able to manufacture coils and cryostats. It requires legal know-how. It requires tonnes of administrative work. It requires people that want to learn all those things. And it requires people to teach all those things. It is our vision that everyone in Europe should have access to fusion education, appropriate for their role in society. Because we need everyone.

FuseNet is working hard with all our members to make this vision a reality. There are funds in place for creating joint workshops and educational events with our members, and FuseNet is taking the lead in the development of a dedicated introductory course on nuclear fusion. We have also introduced a mobility fund that allows universities to fly—or preferably train—in experts from across Europe to make sure that their students receive state-of-the-art knowledge. As a supplement to their home university education, we are also actively stimulating fusion students to cross borders to attend educational events and do internships across Europe. There are many other initiatives, big and small, and FuseNet is continuously looking for new ways to boost European fusion education.

All of this would be impossible without the concerted effort of fusion enthusiasts around Europe that are willing to expend time and resources to do all these things. It is our mission to build a network of people to make fusion a reality. FuseNet wants to help build up a diverse and lasting community that is internationally mobile and open to everyone who is willing to aim for the moon. Students, teachers and professionals at any and all levels are vital for the fusion effort.

FuseNet as a funding organisation

FuseNet is an independent legal entity that was established in 2010 to stimulate fusion education in Europe. Through our funding schemes, developed in cooperation with the EUROfusion consortium, we provide financial support to educational activities. Support schemes are in place to stimulate the mobility of lectures, to organise workshops and to develop educational tools. Additionally, Master students in fusion can apply for funding to go on internships and participate in educational activities throughout Europe.

Get in touch with us

For questions, ideas, collaborations, or just to say hi!