This book provides readers with an introductory understanding of Inertial Electrostatic Confinement (IEC), a type of fusion meant to retain plasma using an electrostatic field. IEC provides a unique approach for plasma confinement, as it offers a number of spin-off applications, such as a small neutron source for Neutron Activity Analysis (NAA), that all work towards creating fusion power. The IEC has been identified in recent times as an ideal fusion power unit because of its ability to burn aneutronic fuels like p-B11 as a result of its non-Maxwellian plasma dominated by beam-like ions. This type of fusion also takes place in a simple mechanical structure small in size, which also contributes to its viability as a source of power. This book posits that the ability to study the physics of IEC in very small volume plasmas makes it possible to rapidly investigate a design to create a power-producing device on a much larger scale. Along with this hypothesis the book also includes a conceptual experiment proposed for demonstrating breakeven conditions for using p-B11 in a hydrogen plasma simulation. 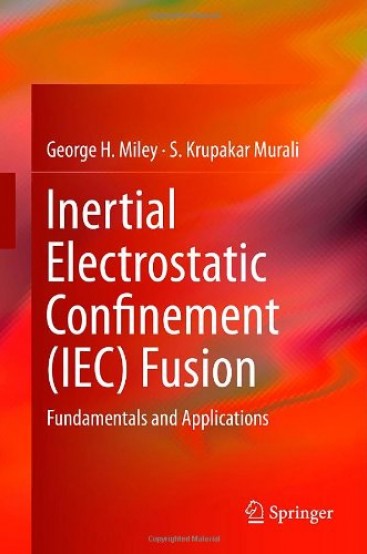