Stellarators are magnetic confinement machines which are optimised for containing hot and dense plasmas, with the goal of producing power from fusion reactions. Recent stellarator designs incorporate several transport and stability theories to optimise their plasma confinement in \advanced stellarator" concepts. The Heliotron-J machine is such an advanced stellarator and its optimisation is becoming so good that attention should be paid to the effects of turbulence. Turbulence causes enhanced transport and losses of both particles and heat, which should be prevented. Thus, predictions on the behaviour of the turbulent plasma of Heliotron-J are currently of utmost importance. Turbulence grows from nonlinear interaction of unstable plasma modes, often called microinstabilities. The gyrokinetic theory describes the growth of these microinstabilities and can be used to diagnose how microinstabilities depend on plasma properties.

In this research, the behaviour of electrostatic microinstabilities with respect to variations of the magnetic configuration and plasma gradients in Heliotron-J is analysed. Two different configurations are considered, the standard and the bumpy configuration. The analysis is done by numerically calculating mode frequencies, energy transfer rates, and growth rate values of the unstable modes. These values are then used to deduce the identities of the microinstabilities to diagnose in which configuration which modes are dominant. Calculations are done using the GENE numerical code, which applies the gyrokinetic theory to stellarator geometries. Results show successful identification of the microinstabilities. Furthermore, at typical plasma gradients used in experiments, the standard configuration has higher growth rates than the bumpy configuration, indicating better performance in terms of turbulence. 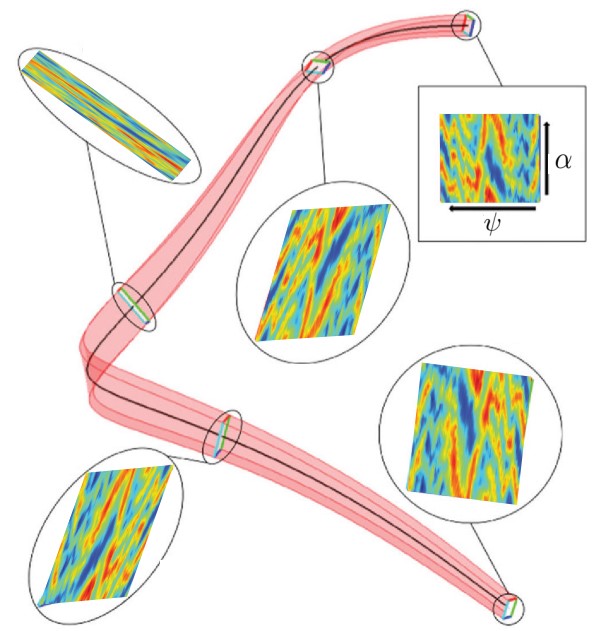 Gyrokinetic simulation of plasma microinstabilities in Heliotron-J: a study into the subtleties of stellarator modelling