The existence of a virtual anode inside a fusor

Farnsworth-Hirsch fusors use an electric field to confine a plasma. Fusors accelerate ions, which in turn fuse if they have enough energy. These fusion reactions can produce neutrons, which can be used in cancer treatment.

Recent research found results of ion movement inside a fusor which oppose the common theory of fusor workings. Using Doppler spectroscopy, a radially outward acceleration has been measured. This does not comply with the traditional idea of the ions utterly being accelerated radially inward by the cathode inside the fusor. This radial outward acceleration has been attributed to the hollow cathode effect giving rise to a virtual anode.

This experiment aims to proof or deny the existence of a virtual anode by measuring the ion velocity at different positions inside the fusor. A pressure of 0.2 Pa is used, which is significantly lower than in previous experiments. Excited atomic hydrogen is created in charge exchange interactions between the accelerated ions and the background gas. As the excited atomic hydrogen gains the velocity of the ion in this reaction, the light emitted by the de-excitation of the excited atomic hydrogen shows a Doppler shift. This Doppler shift is measured and used to calculate the ion velocity at different positions in the star mode beam.

The fusor used in this experiment consists of two concentric shells. A voltage of 23 kV is applied to the cathode. The light emitted by the excited atomic hydrogen is captured using an optical set-up, designed by the author, which enables translation of the focus point in three directions. The measured velocity profile shows an increase in ion velocity between the grid center and grid edge, proving the existence of a virtual anode. 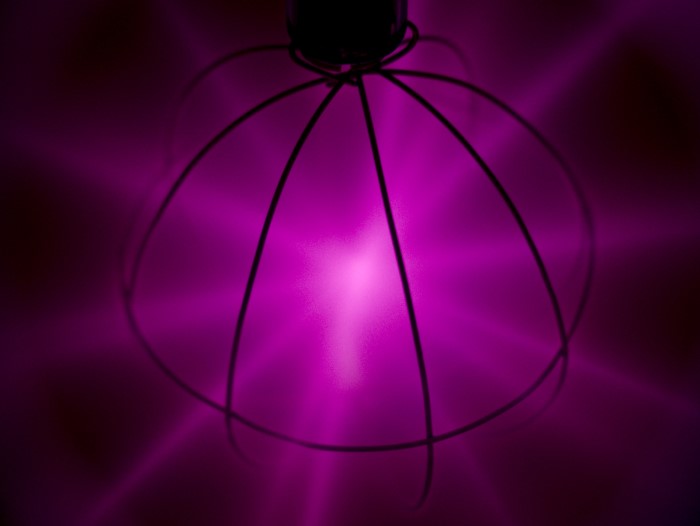 The existence of a virtual anode inside a fusor