The promise of a vast and clean source of thermal power drove physics research for over fifty years and has finally come to collimation with the international consortium led by the European Union and Japan, with an agreement from seven countries to build a definitive test of fusion power in ITER. It happened because scientists since the Manhattan project have envisioned controlled nuclear fusion in obtaining energy with no carbon dioxide emissions and no toxic nuclear waste products.

This large toroidal magnetic confinement ITER machine is described from confinement process to advanced physics of plasma-wall interactions, where pulses erupt from core plasma blistering the machine walls. Emissions from the walls reduce the core temperature which must remain ten times hotter than the 15 million degree core solar temperature to maintain ITER fusion power. The huge temperature gradient from core to wall that drives intense plasma turbulence is described in detail.

Also explained are the methods designed to limit the growth of small magnetic islands, the growth of edge localized plasma plumes and the solid state physics limits of the stainless steel walls of the confinement vessel from the burning plasma. Designs of the wall coatings and the special "exhaust pipe" for spent hot plasma are provided in two chapters. And the issues associated with high-energy neutrons — about 10 times higher than in fission reactions — and how they are managed in ITER, are detailed. 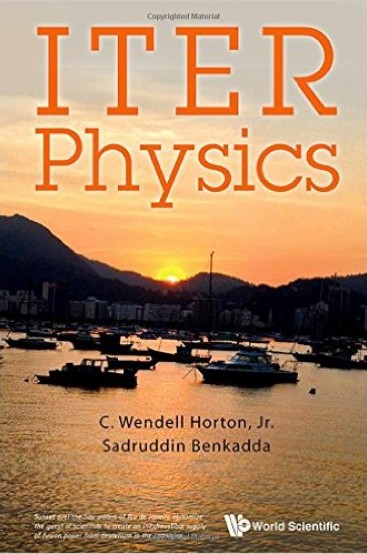