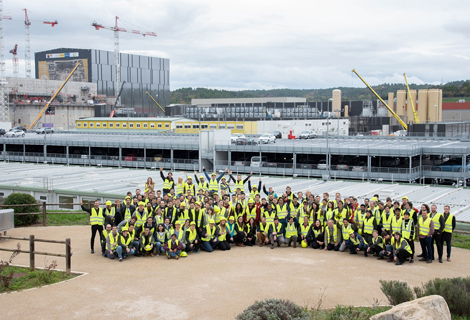 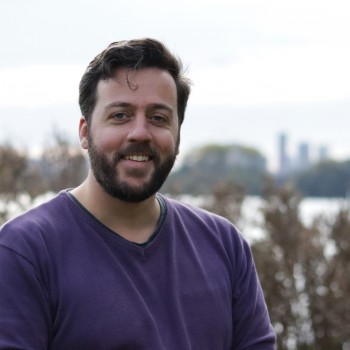 From 6 to 9 November, Aix-en-Provence and ITER Headquarters were the stage for the sixth Fusion PhD Event. This edition, 135 students from all over Europe joined.

The event started with opening drinks at a new local brewery in Aix-en-Provence, where the first encounters took place. The next day, talks from ITER people were followed by the first round of orals by the students in Pecha Kucha style – a originally Japanese format where one presents 20 slides that are showed for 20 seconds each. At the end of the event, the best presenter would be chosen.

During the tour on the ITER site, the participants saw the heaviest – the cryostat base section of 1250 tons – and the largest element – the 24 m diameter poloidal field coils in the dedicated assembly hall.

The fusion documentary ‘Let there be light’ was introduced by protagonist Mark Henderson, who answered many questions after the screening. In the night a virtual treasure hunt through the city of Aix got the students with several secret places of the city.

Thursday started off with a talk by ITER’s director general Bernard Bigot, in which he showed that the construction passed the halfway mark. After a lecture on Wendelstein 7-X and a talk on fusion economics, the second Pecha Kucha round took place. On to a tour on the CEA site, where the WEST tokamak was in operation, rightly followed by a celebration dinner at Chateau de Cadarache, where the Poupees Electriques played electronic experimental music, with sounds recorded from the JET tokamak.

Friday was the time for lectures about nuclear challenges, tritium and beryllium by ITER staff. This took place after the winner of the Pecha Kucha competition was awarded: Ana Kostic had the best talk, according to the participants. The event was not complete without a closing song, that all the participants sang from the stage in the auditorium.

Overall the event can be regarded a success. FuseNet is thankful to the host ITER for the local organization. The call to host the next event will be launched soon.

One of the students, Georg Schlisio, reports:

“The FuseNet PhD event 2018 was hosted at ITER Organization HQ in Provence. Without any exaggeration, one can describe this as the most vivid event of the fusion community for long. A program packed with excellent speakers from ITER and the participating PhDs contributions in the challenging PechaKucha format and as posters accompagnied with visits to the impressive ITER site and the dated but beloved WEST tokamak made a strong background for networking among the young fusion researchers from all over Europe. Let’s hope it won’t be long until the next event!”