At a time when most events were being moved online or cancelled altogether, the team at IPFN (Instituto de Plasmas e Fusão Nuclear) from the Instituto Superior Técnico in Lisbon, Portugal decided to forge ahead with the 8th edition of their in-person Fusion-and- Adventure-Extravaganza, aptly named PlasmaSurf. And despite being plagued with the familiar uncertainties of life during Covid, I think all the participants can say we are glad they did.

The program’s goal was dual: introduce the fundamentals of plasma and fusion, and promote team bonding among the students. To fulfill the former, our mornings and early afternoons were spent with lectures given by IPFN professors, covering topics including “Diagnostics,” “Inertial confinement fusion,” and “Computational plasma physics,” to name just a few.

We also had practical sessions in Python programming, building up to analyzing real experimental data from the on-site fusion reactor, ISTTOK. During the second week, the internship on plasma diagnostics, we even got to fiddle with the dials and nobs of a real diagnostic which is under development there, the Heavy Ion Beam. This was my favorite aspect of the whole two weeks; because of Covid, almost all the hands-on experiments which were planned for my master’s degree were cancelled or moved online. I was happy to finally get the chance to see how the classroom knowledge gets applied in practice! But it was after class was over when the real fun began.

Summer days in Lisbon are reliably warm and sunny, with hardly a cloud to block the view of the intensely blue sky. Our week there was no different: to me, dazzling, but to the Portuguese participants, just another day. Every afternoon was something new, from kayaking, to surfing, to rock climbing, to mountain boarding (I had never heard of it either). Rounding it all off the last day, we took a walking tour with the best guide in Lisbon, a former primary school teacher turned entrepreneur, who treated the city as his classroom and us as his pupils.

Despite the occasional hassle caused by Covid, I am grateful I got to participate in PlasmaSurf. I can safely say the IPFN team succeeded at their goal of team bonding; I now have friends from all over the world, from Seville, to Boston, all the way to Vladivostok. We all parted with many promises of meeting again in our home cities or at future fusion conferences. And who knows, maybe some day we will be asked, “Where did the idea for this project/research topic/collaboration come from?” And we can say, “It all started at PlasmaSurf.” 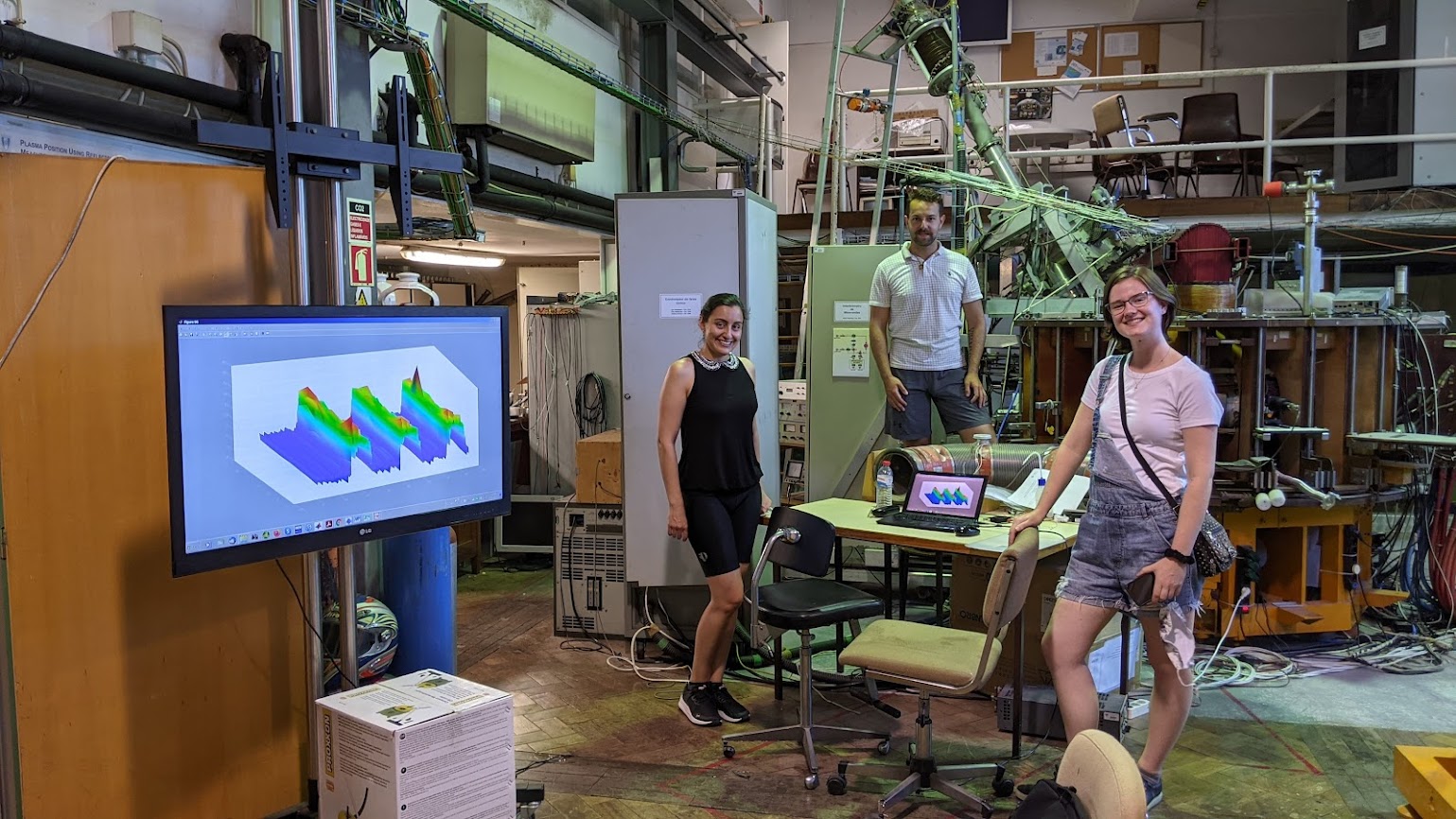