I have done my master thesis at “Laboratorio Nacional de Fusión” (LNF) at CIEMAT (Madrid). I was there from March to September 2022 to work on the characterization of the confinement of energetic ions in optimized stellarators under the supervision of José Luis Velasco. Even though the LNF is known to have the stellarator TJ‐II (picture bellow), I worked with W7‐X. In that way, I numerically explore the evolution of fast particles losses over a scan of different configurations of W7‐X. Those computations have been done with KNOSOS‐MC which is an orbit‐averaged code that provide the prompt losses of 50 keV protons for a given magnetic configuration and at a given flux surface. For this work I also used two others code: BOOZER_XFORM and VMEC.

This internship was a really great experience to work with scientists form all over the world, first the PhD students from CIEMAT but also the W7‐X team with which we had regular meeting over different topics of plasma physics. People were really welcoming and I think that CIEMAT is a great place to work, study and make friends at the same time. I also take time to visit Spain and meet other foreign students outside CIEMAT which was something I wanted to do during my master but it was complicated due to covid.

I would like to thank Fusenet for the help and I can just recommend people to travel for their studies. 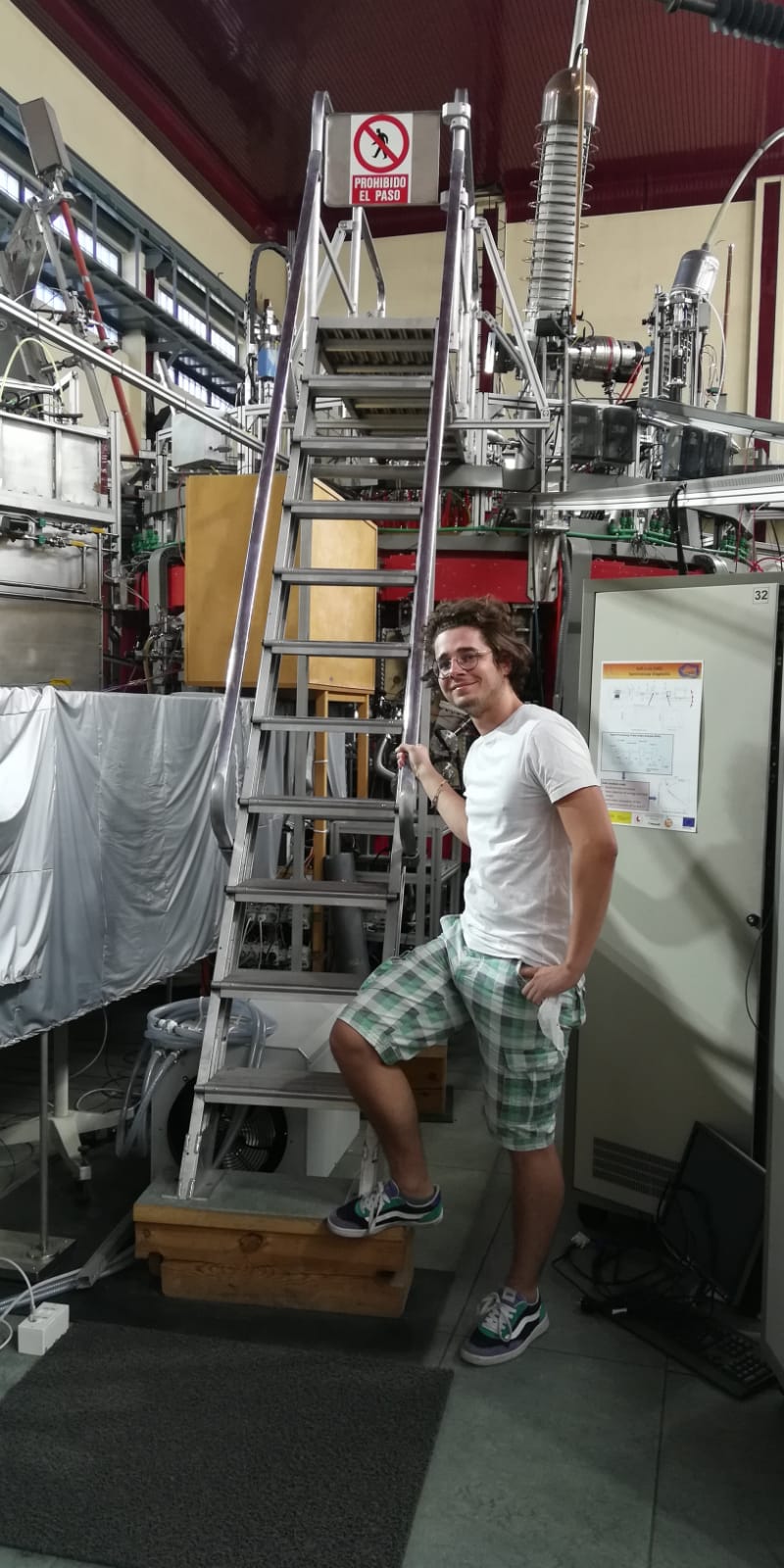