"The edge is not evolving at the same time as the core!" these words were being constantly echoed in the hallways of the Culham Centre for Fusion Energy (CCFE) as I went there to start work on my Master Thesis towards the end of January, 2018.

I went to CCFE as a visiting researcher from the University of Stuttgart, which I was attending as part of my Joint European Masters in Nuclear Fusion and Engineering Physics, Fusion-EP. I arrived at CCFE in the capacity of a machine learning engineer with a fusion background and wanted to use the next 6 months and build a pilot model as part of my thesis. Along with a couple of friends back in India, we have a small establishment that builds machine learning models to improve efficiency of the local transportation networks. That had given me considerable experience working with neural networks and other machine learning algorithms. When I had moved to Culham, all we knew was that machine learning might hold significant promise and we have to test out its possible applications within the Fusion spectrum, but did not have a solid plan as to how to go about with it

It was then that I heard those words constantly echoed along the halls. It turns out that the core being solely composed of plasma is easier to model and study. There is only one set of equations in accordance with one physics model, rendering its time evolution easier to study. Meanwhile, solving the edge physics becomes a tad bit more complex. The edge is composed of both the plasma (ions and electrons) as well as the neutrals. Though charting the evolution of the plasma at the edge is not rather cumbersome, doing the same for the neutrals ends up not being a walk in the park. Depending on stochastic methods, characterizing the time profiles of the neutrals requires significant computational resources and hence takes more time to arrive at the solution. Thus, in the context of integrated tokamak modelling the numerical solutions of the time evolution of the edge plasma tends not to keep up with that of the core plasma, lagging way behind. It was paramount that this problem be addressed to build better comprehensive models for the ITER era.

Under the supervision and guidance of Dr. Debasmita Samaddar and Dr. Robert Akers, I decided to design a machine learning algorithm that can help apply a band-aid solution over this problem. It attempted to solve the temporal evolution of edge plasma at a much faster pace. In order to study the evolution of edge plasma along the poloidal cross section of a tokamak, we constructed a fully convolutional neural network (FCN). The FCN performs image mapping of both the plasma and the neutral characteristics simultaneously from the initial stage to the final stage.

Text continues below the photo. 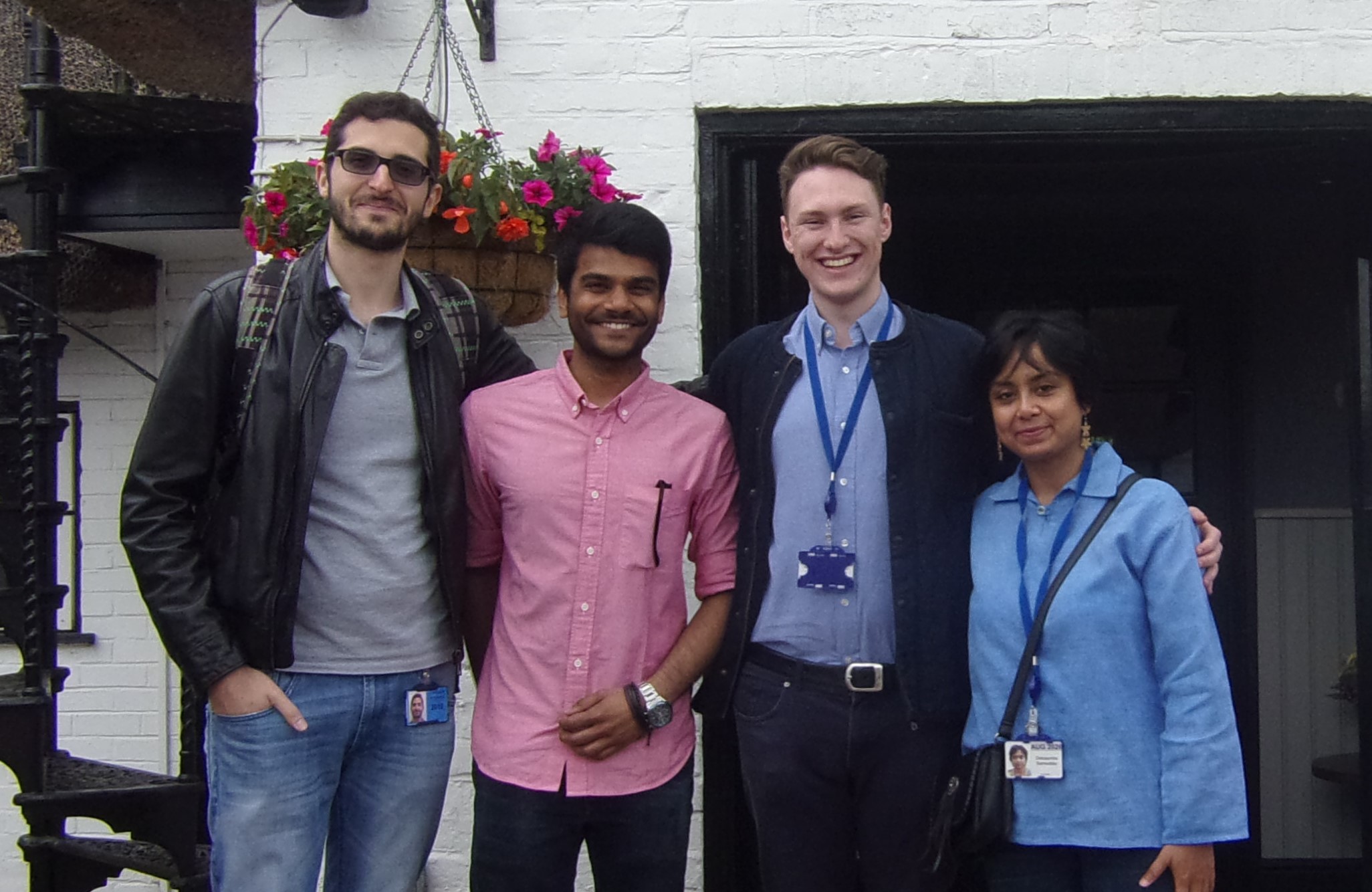 There were only six months to do the preliminary reading, perform the research, study the results and publish my master thesis. This severe time constraint meant that we had to narrow our vision and thus the intended consequences of the research. We were able to design a machine learning model that could characterize the temporal evolution of the plasma characteristics for one particular experimental setup with limited applications to other configurations. However, despite the lack of versatility, the machine learning model arrives at the solution five orders of magnitude faster than that of traditional numerical approaches (we were benchmarking it against the Scrape-Of Layer Plasma Simulator abbreviated as SOLPS). Within the confines of the intended data spectrum, the model seems to have shown tremendous potential, thus serving as a proof of concept and sanity check.

The next step of research is to keep building this model to improve its versatility. Also, we had noticed that though the model had shown tremendous accuracy (upwards of 99 percent) when it came to predicting the plasma evolution, there were notable discrepancies when it tried to map the evolution of the neutrals.

The immediate path that we take will be to modify the machine learning algorithm to account for these observed variations in the neutrals maps. To pursue this line of research, I will be joining CCFE as a full-time researcher working on building machine learning models for fusion related scenarios.

The six months that I had spent in building this model has been one of the most influential and entertaining times of my life. I got toy to around with the world’s fastest supercomputers as well as pick on the brains of the leading experts in the field, which has let me and my work better.  But I think what made me the happiest was that this opportunity allowed me to construct my own idea, pursue it, turn it into a reality arrive at a positive conclusion.

I would like to thank the folks at FuseNet, CCFE and Fusion-EP for having provided me with the chance to chase this dream of mine.  hopefully this will be the first of many models which may one day be combined to help us achieve fusion through artificial intelligence.